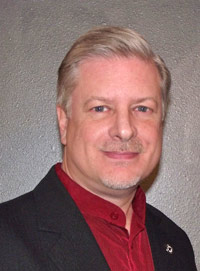 MadREP, the economic development partnership for the eight-county Madison Region, announces Gene Dalhoff as its Vice President of Strategic Partnerships. Dalhoff comes to this new position with significant experience in economic development and regional collaboration, having served most recently as executive director of the Sauk County Development Corporation and previously as executive director of the Baraboo Area Chamber of Commerce.

As Vice President of Strategic Partnerships, Dalhoff will serve as MadREP’s primary liaison to local economic development organizations, chambers of commerce, education and workforce development partners, and government entities. He will play a key role in the implementation of the five-year Advance Now Strategy for economic growth, which hinges on regional collaboration and shared vision. He will manage the organization’s region-wide business retention and expansion effort, as well as monitor and report on regional economic data and performance outcomes. He will also lead the pursuit of a federally-approved Economic Development District designation for the Madison Region, positioning local communities to be more competitive for funding opportunities from the Economic Development Administration.

“Gene is extremely well-suited to fill this role in the Madison Region,” notes MadREP president Paul Jadin. “He has a nuanced understanding of the purpose and efficacy of regional cooperation and is able to forge outcome-driven partnerships across municipal and sector boundaries. His familiarity with the many economic development partners in the Madison Region will greatly benefit MadREP’s work in the eight counties we serve.”

Dalhoff joins MadREP with an established understanding of the Advance Now Strategy based on his active involvement as a member of the Economic Development Professionals Workgroup that provided technical oversight to the strategy’s development.

“I have dedicated much of my career to economic development efforts in south central Wisconsin, and I look forward to continuing my work in this new capacity,” comments Dalhoff. “I am committed to reinforcing existing ties and establishing new relationships with economic development partners across the eight-county Madison Region as we collectively work toward moving our economy forward.”
Dalhoff will begin his post at MadREP in mid-February 2013.

ABOUT GENE DALHOFF
Prior to joining MadREP in February 2013, Gene Dalhoff served as executive director of the Sauk County Development Corporation (SCDC). In that role, he promoted economic development efforts in Sauk County and SCDC member communities by facilitating business start-ups, job retention, company expansions, and recruitment of businesses. Before his tenure at SCDC, Dalhoff served as the executive director of the Baraboo Area Chamber of Commerce for fifteen years and before that as the director of community relations and marketing at a college, communications specialist with a state department of commerce, independent strategic planning facilitator/consultant, and account representative for a variety of periodicals. Dalhoff’s education includes a M.A. in anthropology and B.B.A. in business administration/marketing, both from the University of Wisconsin-Madison, and he is a graduate of the U.S. Chamber of Commerce’s Institute for Organizational Management program.  He has served on boards for Wisconsin Manufacturers & Commerce, the U.S. Chamber of Commerce Athens Institute for Organization Management, the Workforce Development Board of South Central Wisconsin, as president for the Wisconsin Chamber of Commerce Executives, and as a founding member of the Sauk County Institute of Leadership.  A product of the upper midwest, Dalhoff has resided in Iowa, Minnesota, and Illinois in addition to living for eight years in Madison and seventeen years in the Baraboo area.  Dalhoff and his wife have three children and two well-fed, spoiled dogs.