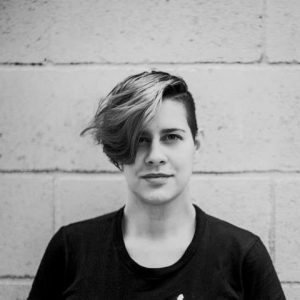 The Wisconsin Games Alliance (WGA) and the Madison Region Economic Partnership (MadREP) announced that the Third Annual M+Dev Conference will be held in Madison on February 14, 2020. The conference expects to attract more than 400 game developers from across the Midwest to the Alliant Energy Center.

The inaugural M+DEV Conference offered an opportunity for many of the Midwest’s game developers to come together in one place, creating a unique experience in 2017, and attendees were eager to return in 2018. Game developers for all platforms are welcome as well as creators of board games and card games.

“This year we’re thrilled to welcome freelance producer and business developer Felix Kramer as our keynote speaker,” said Brian Pelletier, President of WGA. “Kramer works with teams all over the world with the goal of making business and production in indie more accessible and available to small teams.” Felix Kramer works from their home in Canada with businesses such as Finji (Overland, TUNIC), Shedworks (Sable), Panic (Untitled Goose Game), and Polytron (FEZ). Past collaborations include Night School (Oxenfree), Chance Agency (Neo Cab), and Iron Galaxy (Videoball, Capsule Force).

Jennifer Javornik, Vice President of Sales at of Filament Games said, “M+DEV features breakout sessions with the latest on the art, science, and business of making games. I hope to see other Midwest and national studios join us in supporting this important industry event.”

“The Madison region has become a growing hub for game development with many studios in the area. This conference inspires and builds community among game developers but also raises awareness of the importance of this sector in our region,” said Paul Jadin, President of MadREP, which was instrumental in the creation of the Wisconsin Games Alliance.

For businesses interested in getting involved, opportunities are available to sponsor the Coffee Bar, Lunch, Emerging Games Showcase and more. Early bird tickets will be available until December 24th. Learn more at mdevconf.com.