With an entrepreneurial climate, the Madison Region is an ideal location to start and grow a business. The region and the stateâs ever-increasing access to venture capital demonstrates our commitment to helping new companies succeed. In 2015, at least 128 Wisconsin early stage companies raised investment capital, a 13% jump from the previous year. Several new venture funds and innovative funding options were recently launched, including American Family Ventures and HealthX Ventures, which complement the many funds already in place.

4490 Ventures is a technology-focused, early-stage venture capital fund based in Madison, WI. 4490 Ventures aims to make investments between $1.5M and $4.0M, typically only investing in priced equity rounds. Preferring to lead investments and taking a board seat alongside the founders, 4490 Ventures fully expects to support its portfolio companies throughout the life of the company. Criteria for its investments include disruptive technologies that solve difficult problems, capital efficiency, technical founders, and a preference for investing in startups located in the Upper Midwest. Greg Robinson, a San Francisco Bay Area VC investor with over two decades of operating and venture capital experience, is the fundâs managing director.

BrightStar Wisconsin Foundation is a non-profit organization created as a unique entity to provide early-stage funding by giving charitable foundations, corporations, and wealthy individuals with a vehicle to help fund job creation. The foundation invests in Wisconsin early stage companies that will kick-start the stateâs economy, create quality jobs for this and future generations, and make Wisconsin a magnet for commercial activity and hub of opportunity. BrightStar invests in companies from proof of principle, to early commercialization and well into the revenue stage. The foundationâs co-founders have all built businesses themselves, and have pledged nearly $6 million for BrightStarâs initial capitalization.

Wisconsin was one of the first states to allow private companies to sell stock over the Internet through our new crowdfunding legislation, which passed with bipartisan support and took effect June 1, 2014. The Department of Financial Institutions (DFI) is charged with administering the program, which permits Wisconsin businesses to raise up to $1 million from state investors through crowdfunding portals. The amount that can be raised increases to $2 million if the issuer has had an audit in its most recent fiscal year, and has provided the audit to prospective investors and the DFI.

In 2014, the state committed $25 million in a limited partnership to invest in Wisconsin venture capital funds that will in turn invest in Wisconsin start-up companies. Sun Mountain Capital and Kegonsa Capital were selected as the fundâs investment manager.Â  The new managers plan to deploy a âmoney for minnowsâ strategy, investing small amounts across a broad portfolio of companies.

The descriptions above represent a snapshot of some of the venture capital funds available to Madison Region companies. More information on other funds is available through the Wisconsin Angel Network (WAN). A public-private initiative operated by the Wisconsin Technology Council as part of its overall economic development and job creation efforts, WAN is an umbrella organization providing services and resources to the early stage investing and entrepreneurial communities. WAN does not operate a fund or direct investments, but works to build early-stage capital capacity throughout Wisconsin. 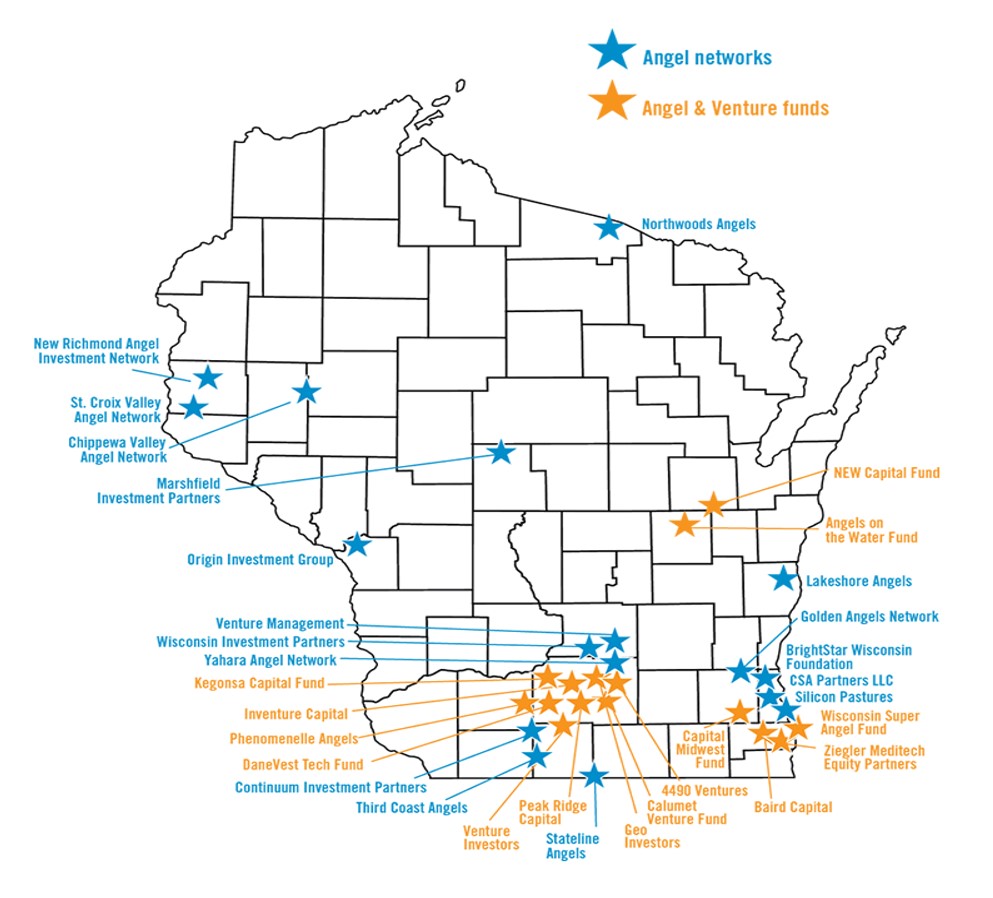